Okay, so I’m a little proud of myself…

I’ve been taking a class via FutureLearn on the Archaeology of Portus (a major (man-made!) port on the west coast of Italy during the 1st-6th centuries AD).  Yesterday, one of the lessons suggested we try to translate a Roman inscription from the Trajanic Period of the port.

Most experts fill in the blanks this way:

This was my translation:

The Divine Emperor Ceasar,
sinew of Nerva (adopted Trajan)
“Trajan’s full name” (lazy; didn’t write it out)
tribune of Dacic (Dacia?)
Consul General, Father of his Country
Made the river/canal to be restored
when the inundation (flooding?) of the Tiber
constantly denied the city its regular flow of trade

This was our teacher’s translation.  Not exactly the same…  but I think I was getting the idea through:

Imperator Caesar Nerva Traianus Augustus, son of the deified Nerva, Conquer of Germany and Dacia, Tribune, Consul, Father of the Nation made a canal by which the floods of the Tiber which continually troubled the City were kept away

Of course, the rest of my personal progress is a bit less inspiring.  Of my ROW80 goals, I’ve done very little.  I’m even falling behind again on my critique group work.  As much as I love FutureLearn, I’ve found I cannot take one of their classes without exploring the topics deeply, spending several more hours a week on each class than the anticipated timeframe.

I did get a small bit of writing done in the UnNamed Story.  This means I have something to post for  WIPpet Wednesday!

Following right on the heels of last week’s piece, here are eight sentences for the 8th of February

Ytramli shook his head, just barely avoiding, it seemed, to snarl at the implication that a priestess was somehow of a lesser calling than a priest, though among most Acarians it was the standard view. He shook his head. “It will hurt her—actually it will destroy her among our own people. To offer herself in this manner for Val’s defense is tantamount to offering herself as chattel. Slaves have been, and are sometimes, still used by some of the temples for ritual supplications when the priestess is too old for the physical acts or—.” The man stopped short and shrugged. “It doesn’t matter why they are used. The point is that doing this will destroy her among the Clans.”

Amused? Bemused? Want more? Head over to the WIPpet linky and visit some our other awesome members. Merci, merci, Emily Witt, for graciously hosting the WIPpet.

Thank you to the ROW80 community for just being there. 🙂 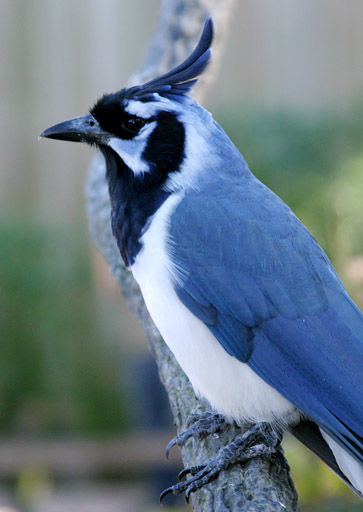 Me? A White Rabbit? 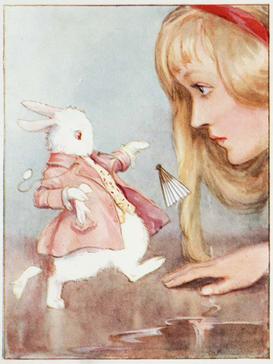 Yes, I’m LateI just looked at the clock and was like  “Ack!  it’s already almost 3pm and I haven’t done my sponsor visits for the ROW80—I haven’t even written a check-in for this week’s ROW80.  I’ve got a ton of backlogged comments to answer for this blog, plus some on my ‘name’ blog The Garden of Delights (which I missed writing a weekly post for last week and likely will again this week), I woke up late for hosting my #JuNoWriMo sprints today…

My excuse?  I took an evening off last night to just goof off and relax.  It was the last day of school and after karate (I didn’t miss that), I came home, flumped in a chair and played some Pokémon White on my 3DS with a glass of sangria next to me and chatted on occasion with family, petted cats…  it was grand!

I didn’t know how much I needed an evening like that until I had it.  Bliss, I tell you, true BLISS!

That said, this morning I had to jump right into it again.  And I’m still late.  My son’s homeschool paperwork is due next week.  Our wedding anniversary is Monday, and we need to finalize plans for our weekend…  June is such an insanely busy month.  Sometimes I wonder at myself for jumping into challenges like these (the ROW80, JuNoWriMo, RSWrite, plus several projects offline).

I’d say it’s because I like to keep busy, and in a sense, I do.  But I’m starting to think it’s also because I’m avoiding something.  Or rather…  someone: myself.

Yeah…  that’s getting too personal for me.  Time to just finish this check-in and get some catch-up work done…  partly because I promised the Boodle that we’d be going to a concert in the park this evening, and time is flying.

So…  it could have been far worse.  Definitely will have to keep trying to improve, but at least being late hasn’t meant I have gotten stuck feeling sorry for myself.  I’m still writing!