Yesterday was The Boodle’s birthday.  That’s why I didn’t post, wasn’t really even on Facebook, let alone writing up my progress for the ROW80 or setting out my WIPpet.  I pretty much spent my day at Dave & Buster’s at Crossgates (w/ lunch at Unos with the Boodle and his friend Sammie) and at my in-law’s house..  and the less said of the later, the better at the moment.

In my copious free time yesterday…  I did some journaling and doodling and reading.  I’ve been reading The Improbable President by Vincent O’Leary, which actually has nothing to do with our recent elections.  I picked it up on a random shelf-search at the Feura Bush Library when I’d mistakenly stopped in, assuming that this little treasure of a library was part of our bigger county-wide library system (it’s not).  For people who love libraries and old-fashioned libraries especially…  it’s old books and old wood and love.  😀

Next on my reading list is Studs Terkel‘s Coming of Age and Working People Talk…  I’m on a bit of a biography, interview, non-fiction craze now.  In think it’s because I find myself so regularly disconnected from the views of people around me.  I’ve always been one to imagine other worlds.  I love that about myself, but in doing so, I fear I’ve lost touch with this one.

As for the rest of my ROW80 goals…  I’ve been writing daily, thanks to the return of the #teamsprinty crew (not that we’re actually using a hashtag so far, but a set daily “writing appt is a very helpful thing).

I’m slowly getting better with my maintenance of the ROW80 blog.  Slowly…  Have to say, if it wasn’t for my left-hand on FB (Shan Jeniah, who posts the linky to the FB people), that progress would be slower.

Research has been going incredibly well.  The internet takes, but it also gives freely.  Here’s an example, a cool link in the NanoLand Facebook group about genetics: How can two blue-eyed parents have a brown-eyed child (not counting the obvious ways)?

Do I have a WIPpet for yesterday?  Actually, yes…  based on the fact it was my son’s b-day and Women’s Day, I have a small piece from the Unnamed Story.  It involves Atyr and Vant (her son).  Eight paragraphs for the 8th of March

Vant winced at the shrill end to his mother’s rant. He didn’t want to believe those sort of things of his uncle. Didn’t want to, but did.

He’d seen Valistii Mirniia’s most recent psychological profiles. A razor fine edge stood between leaving the man in his Blacks and throwing him in protective custody for the safety of everyone around him.

Vant didn’t want to be the one to make that arrest; though he wouldn’t hesitate if it were necessary. Clenching his jaw, he looked at his watch and did a quick run through what his week entailed.

It was worth it.

Reaching out, he touched his mother’s cheek. “I don’t know what to say, Mother. It’s later than I thought though. I’ll sleep on the couch. Just let me change the sheets and you can take my bed. Tomorrow, I’ll bring you to the House.”

“What about your lesson?”

He shrugged and started typing in a message that Lan would receive as soon as his alarm went off. “When Father announced his Meditation, I became eligible for a month’s leave. I didn’t want to waste it moping and worrying, so I asked if I could save it for closer to the end. I’m putting in for it now.” He made a quick scan of the message body, set the trigger and closed out the note. “And before you ask, no, it’s not a problem. Lan knew I might need to take the time off on a moment’s notice.”

His mother smiled. Then, with a featherlight touch to his own cheek, she leaned over to kiss his nose the way she used to do when he was still small enough to sit on her lap without hurting her. “I’ll take your word for it. Will you call ‘Mara and tell him I’m fine and that you’ll be bringing me home in the morning?”

If you enjoyed that, why not head over to the WIPpet linky and visit some our other awesome members.  Glitter and ice cream to Emily Witt, our gracious host. 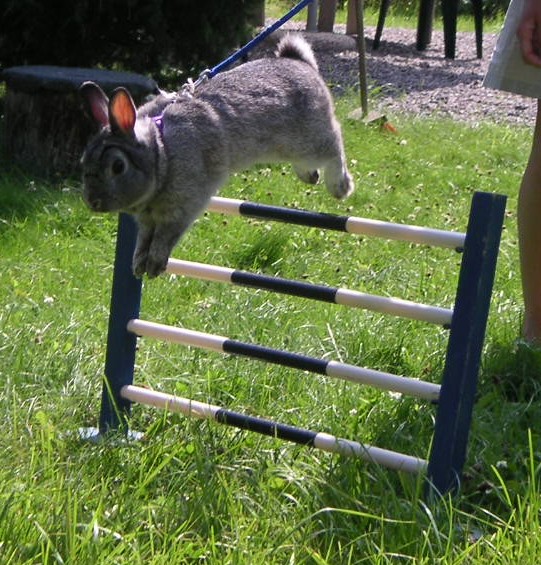 Running late seems to be just the way I roll…. or hop, or…  whatever.  Either way, I HAVE made it.  I am here with the next installment of….

My ROW80 and RSWrite Check-in

Oh, well.  I didn’t do so hot last week anyway.  No cheering needed.

Yep…  the same.  I intend to keep the sponsor post goal, so I can write a new rough draft on my alternate topic (the one I’d liked a lot better but gave up on when, every time I sat down to write, the ideas all just scampered into hiding).

I am dropping the create a new main page goal in favor of brainstorming ideas for how I want to incorporate this blog and the Garden of Delights.

●A favorite line from my story OR a word or phrase that sums up what I wrote/revised:

Challenging…  Every word has been a challenge this past week—although not always (or even often) in a bad way.  A lot of the challenges have come from my characters themselves as they become more and more ‘themselves’ and less like the initial sketches I drew up.  I’m really discovering this with my (so-called) minor characters.  Every one of them has taken a moment to shine this week.

●The biggest challenge I faced this week (ie finding time to write, getting sick, having writer’s block, etc):

Playing catch up for the online work I had set aside to catch up with my in-person life responsibilities….

●Something I love about my WIP:

Being challenged…  I love it when characters become real.

That’s my update. How has everyone else been doing with their goals? Not a member of either the ROW80 or RSWrite? You can join in at anytime. Jump on it and get involved with two wonderfully supportive online communities for writers.

Ready. Set. WRITE! is a summer writing intensive that encourages goal-setting and accountability, and provides an opportunity for us to cheer each other on wherever we’re at with our writing projects—planning, drafting, revising, or polishing.  This year, your RSW hosts are Alison Miller, Jaime Morrow, Erin Funk, Elodie Nowodazkij, and Katie Upperman.

The ROW80 (A Round of Words in 80 Days) is hosted and run by the always awesome Kait Nolan and her hoard of minions (of which I am one).

I forgot a few things…  or I just didn’t take them into account when I made my weekly plans for Ready. Set. Write! and the ROW80.  I honestly don’t remember which I did now.  All that really matters is that plans ended up being toast.

That said, how did I actually do:

An avalanche in a canyon…  well, there was a canyon, but the avalanche didn’t happen; it was held up in mid air and the people walked under it.  Ain’t magic grand?  Now the fun part is figuring out who is going to pay for all that effort…

Last week was the last week of school.  Not just the end of classes for my son,  but my last week of teaching and that meant final papers and reports… stories from my many awesome students* and a few end of the year class events to deal with, that I didn’t take into account when I set my writing goals.

I also didn’t take into account that Father’s Day and our wedding anniversary were this weekend…  and my husband and I had plans, which I’d forgotten in the blur of closing out the school year and converting to summer mode.  Of course, I dropped most of my writing goals this weekend.

History…  I love history in that it’s the study of people and the choices they made (or the choices historians believe they made).   I like trying to guess why people do the things they do.  And I love looking at old things, like stone walls, old factories, pieces of old lace and jewelry and wondering about the people who created these things.  In the Swan Song Series, each book deals with something from the past ‘made new’ again.  It’s like creating the history of history.

To make note of ROW80 goals that weren’t already addressed:

To see and support more people in these two online writing challenges please click on these links:

* Our of my twelve Mixed Language Arts students, I received five final draft short stories: two in Italian, one in French, one in Irish and one in Chinese (simplified).  I also received four second-draft short stories: two in Japanese, one in English (but researched for British events), and one in Danish.  I also received one first-draft copy of a Japanese story.  These students were doing mentored self-study (ie. working at their own pace with assigned projects and vocabulary/dialogue assistance from me ).   The only two children who didn’t hand in any project were my French students who worked on creating a French tea party with me.

I’m very proud of all of my students.