A new month, a few changes in direction and understanding…  and need.  Because of this, the ROW80 check-in comes first today.  For those here to only read the WIPpet, click here to skip to the end.

Happy September!  For some people it is “Back to School” time.  Even here, with our part homeschool, part private school setup, we’re going through changes in schedules and patterns.  The changes are gradual.  The choice to go to school a few days a week was our son’s, and so he’s probably even more careful about making sure he gets to bed on time so he can wake up refreshed for his first day of school next Tuesday than I am.

I’m already missing him though.  The creative streaks that always came around 10pm are fading now–so are the cool discussions that we’d have as we were both settling in to the peace of night.  His thoughts are less on things involving his dad and I…  now they involve his friends from school and his excitement at seeing them again after a summer away.

So to move with his shifting interests, to be available, yet not too intrusive, I’m also shifting.  My new schedule for the blog represents and element of that change.  As I haven’t been spending a lot of time with photography this summer*, I’m dropping the Friday Photo series completely for a time.  I’ll, instead share a photo here and there, as I always have, in my regular posts, which will include a renewed Sunday post each week. 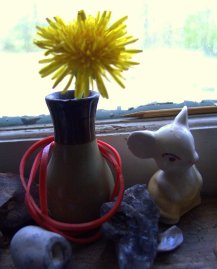 Little pieces of Past and Present

I’ve also noticed another shift in my writing as Swan Song calls me back from my fan fiction world.  Today’s WIPpet comes from the third book of the series; although my recent Five Sentences additions have been to the first book in the series, Courting the Swan’s Song.

My writing goal from now until the end of ROWnd 4 is to finish Courting and have it sent to beta readers in January.

And while I’m at it, I will be working on my edits, beta reads for other people I’ve committed to doing, and lots of reading.  My newest in the “I’m reading this now” pile is The Dreaming Game by Philip Kundhardt, Jr., a memoir about his mother.  Along with my reading of I Shock Myself by Beatrice Wood, I find myself once more drawn back to the amazing women of the early 20th Century.

I find myself wishing I knew more about my great-aunt Pearl, about my grandmothers, wishing I’d lived up better to their dreams that I’ve so often shared….

And realizing I still can.

And that’s something I didn’t write in my check-in last week.  I guess I needed a week or so for the epiphany to sink in fully.  But I realized after the challenges of trying to bring my husband into the joy that our son and I find in the Unschooling Conference each year and watching the joy our son shows towards his approaching time at school with his friends that I’m not obliged to make everything in our lives about “us“.

While increased family connection is one of the perks of, and even one of the reasons we chose, homeschooling, there is no rule that says I cannot do things for myself, alone if need be even.  All my choices don’t have to be dictated by a “is this right for the Boodle or for our family”.  I won’t do anything to hurt them, of course, but I can also do things for myself without feeling obligated to weigh the  potential benefits for everyone else.

This sense of us all being able to share something and yet each have our own specialties seems to fit this cool video that my son and I just watched on Youtube because of his love of the Smothers Brothers and their song “Chocolate“….  I hope you enjoy it as much as we did:

It’s like my childhood all over again.  That time when I saw the wonders of the world and was convinced I could go forth and take them all into myself.

Have you experienced a personal revelation lately that is changing your outlook on life?  If so, what are you doing about it?

*the massive virus scare of a few months ago that destroyed a good portion of my software kind of dimmed my passions there and I haven’t worked on it enough to rekindle it yet, though it is slowly rebuilding

Hi, fellow WIPpeteers!  If you read the ROW80 check-in section, you already know that my writing focus is once again shifting back to the Swan Song series.   I chose today’s piece because it reflects the sense of inner and outer changes I have experienced.  It involves Alanii during his first command mission.

In celebration of our new month of September, the ninth month, I am including nine (smallish) paragraphs from the third book of the series.  Right now I’m calling the book “Ensemble”, but that probably won’t stay the title.

A full breath, two passed, then the man sighed. “You… shifted, sir.”

Alanii stared at him. He knew what shifting was—or rather what it was supposed to be. As far as he knew the shifting ability had died out of his people generations ago. No one had (rightly) wanted their children to pass along such wild blood, and the few shifters that had ever been seen were often slain in the cradle well before his own great-grandsire’s birth. “Don’t be daft, man. I don’t have that ability. No one does anymore.”

The senior Hastor shook his head. “Clearly someone in your family did, sir.”

He looked down at the small scar that now they could all see on his chest. Perfect alignment for his heart… He’d had it for as long as he could remember, and no one he’d asked had been forthright with answers as to how he’d gotten it. He swallowed and looked back up to the Hastor.

The man nodded. “The men are upset with your father, my lord. Not you, but I know you can sense their discomfort.”

That broke through his shock enough. Alanii coughed slightly. “My father made the choice he felt was best. The men have no say in it.” Nor do I, for that matter… “If they wish to express their disapproval, they can address it to him directly. But they’d best find a way of not reminding me how much they wish he hadn’t kept me for the rest of this trip.”

The Hastor’s, both Hastors’ eyes, as well as the cook’s. Vartanian opened his mouth as if to protest, then shook his head. “It’s not that at all, Alanii.” The man’s expression turned as fatherly and nurturing as he’d seen at times when the man was dealing with family. “Not at all. We don’t mind what you are. We mind that it was kept from you. Without your knowing what you are, your father put you and all of us in danger. I—We understand why he wanted to hide it from the other Houses, but hiding it from you and the Guard was foolishness on his part. It’s lucky that we found out here where none can tell.”

Alanii had to agree with the man’s logic on that. He understood the strength of the Guard’s Oath well enough to know his secret would be safe among them. His father’s actions… Had Vartanian really called Father foolish? Oh, they were foolish, but… Alanii sighed. “I understand. What… what do I do now?”

As always, a huge “Thank You” to to K.L. Schwengel at My Random Muse for her hosting of WIPpet Wednesdays where writers post pieces of a draft (Work In Progress) that somehow relate with the date for commentary and consideration.  Feel free to comment here, and visit other #WIPpeteers at our linky.  We love company, comments…  even gentle critiques.

And how about you?  Have any grand changes become part of your life lately?